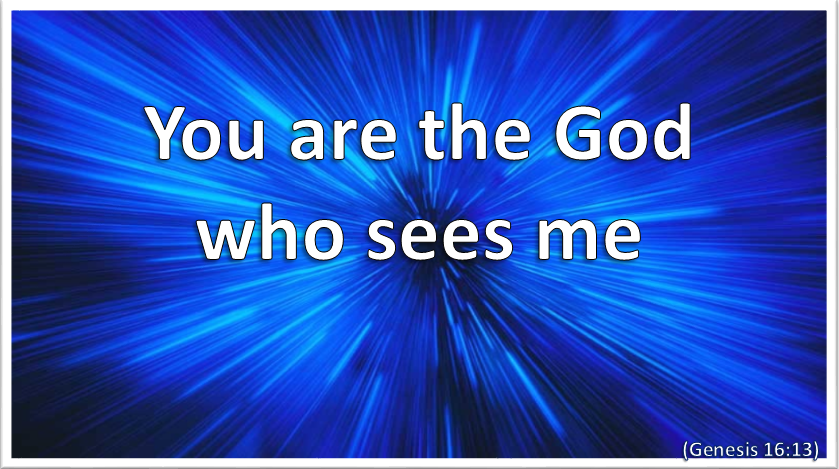 Reflection:
Hagar was an Egyptian maidservant to Sarai, Abram’s wife. When Sarai realised she was not having children she gave Hagar to Abram so that they could have children through her.

After Hagar had falling pregnant she was mistreated by Sarai and ran away. She had no home or family to whom she could turn, and the Lord found her in the desert near a spring. After He had told Hagar what He had planned for her He sent her back.

“She gave this name to the LORD who spoke to her:
“You are the God who sees me”

Not only does He see her in terms of knowing exactly where she was at that time – He also saw her in knowing everything about her and her situation, and…