The disappearance of discussion of the virtues from our culture is of some significance. It indicates that traditional morality, in which these virtues occupied center stage, has gradually faded and is about to disappear both from our culture and from our consciousnesses. The crucial question is, of course, how we should assess this development. Is it a curse, a blessing, or of no significance whatsoever?

Although man is corrupt by nature, he is capable of acquiring virtues. He is born with a number of dangerous instincts, but he is capable of tempering and sometimes even stifling those instincts so that they do not flower into evil…

The traditional virtues have all but disappeared from today’s language.

Hardly anyone seriously talks about judiciousness, righteousness, courage, and temperance, let alone chastity, fidelity, and humility. Over the past five decades, these notions have become archaic, and we often no longer understand their meaning.

Trust in Him at all times, you people; pour out your heart before Him; God is a refuge for us. § David strengthened himself in the Lord his God. § God will surely visit you, and bring you out of this land to the land of which He swore to Abraham, to Isaac, and to Jacob. § “I have certainly seen the oppression of My people who are in Egypt; I have heard their groaning and have come down to deliver them.” … He brought them out, after he had shown wonders and signs in the land of Egypt, and in the Red Sea, and in the wilderness forty years. § Not a word failed of any good thing which the Lord had spoken to the house of Israel. All came to pass.

He who promised is faithful. § Has He said, and will He not do? Or has He…

How can parents cultivate an environment for their children where the Christian life is not about checking boxes, but pursuing a relationship with the Lord?

“But the angel answered and said to the women, ‘Do not be afraid, for I know that you seek Jesus who was crucified.  He is not here; for He is risen, as He said. Come, see the place where the Lord lay.’” Matthew 28:5-6 (NKJV).

What makes Christianity so special? Jesus! He was crucified and He was resurrected, seen by hundreds of witnesses and left His ministry in the hands of His apostles to take to the masses and tell of the miracle of His death and His rise from that death into life. Jesus is the Son of God. Jesus died for the sins of this world and was resurrected from death into life as the proof of the gospel and good news. This is what is celebrated with eggs and chocolate. This is what is celebrated with bunnies and ham. This is what has… 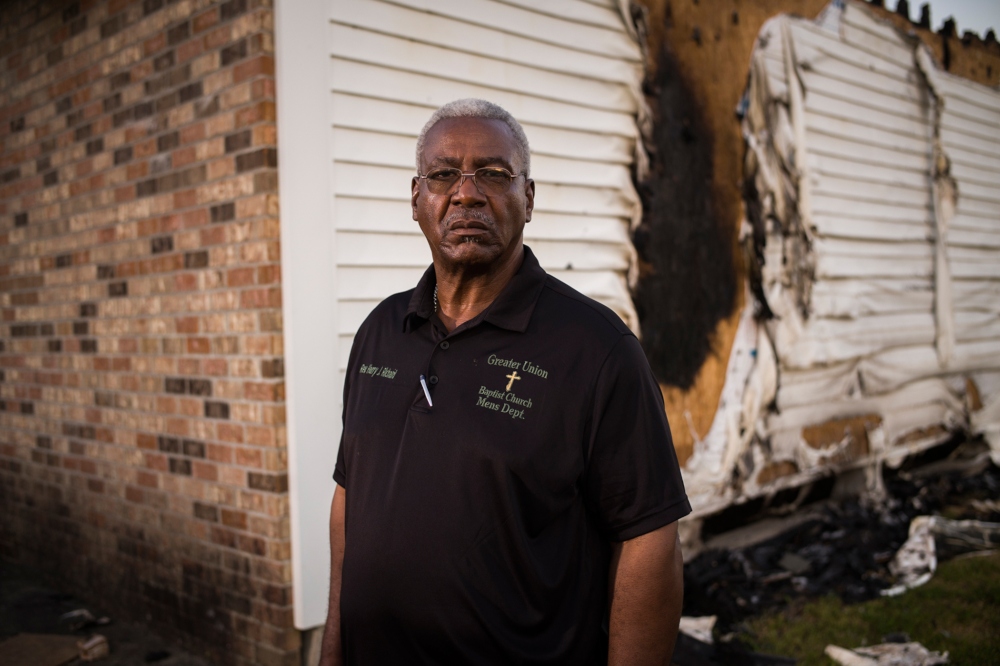 Greater Union Baptist Church Pastor Harry Richard stands for a portrait in front of the ruins of his former church building in Opelousas, Louisiana on April 10, 2019. The church burned on April 2, one of three in St. Landry Parish that burned down in less than two weeks. (Edmund D. Fountain for CNN)

Originally posted on A Bit of Orange:
Genesis 3 God said to Adam, “Have you eaten of the tree of which I commanded you not to eat?”  The man said, “The woman whom you gave to be with me, she gave me fruit of the tree,…

Open your Bible to John chapter 12. We come into chapter 12 of John’s gospel and to a monumental moment in the history of our Lord. Matthew, Mark, Luke, and John all record this event. Matthew 21,…

Praying for the millennials
Create a free website or blog at WordPress.com.