2018 was a scary year for many in the United States and around the world. And apparently, some were looking to Scripture to help them get through it all.

Never abandon prayer. Never for any cause or reason cease to pray. Imagine not that you must pray until you are saved, and may then leave off. For those whose sins are pardoned prayer is quite as needful as for those mourning under a sense of sin. “Pray without ceasing,” for in order that you may persevere in grace you must persevere in prayer. Should you become experienced in grace and enriched with much spiritual knowledge, you must not dream of restraining prayer because of your gifts and graces. “Pray without ceasing,” or else your flower will fade and your spiritual fruit will never ripen. Continue in prayer until the last moment of your life.

“Long as they live must Christians pray,
For only while they pray they live.”

Because of Christ Inspirational Poetry 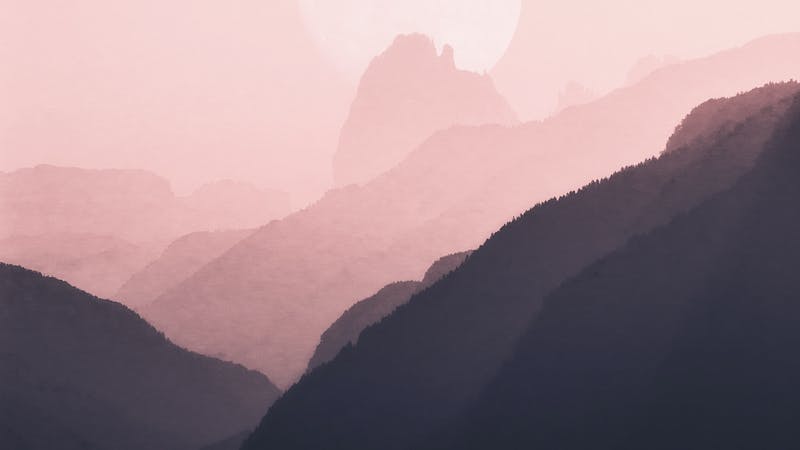 Fifteen years ago, I was a senior in college. I hadn’t wandered far from home after high school (just 45 minutes away). I was born and raised, and lived all 22 of my years of life so far, in a small region of a small state. But now as a senior, an exciting and scary prospect stood on the horizon: leaving the motherland.

As I entered that final collegiate fall, I had narrowed the field to four postgrad options, and all four would require me to move hours from home, if not overseas. In some sense, I would be “setting out on my own.” I felt an unusual anxiety about it.

The worries I battled that senior year of college had much excitement in them; the great opportunities just came with fear of the unknown — of not messing up, not taking a wrong step, not making a false start…

“If I speak in the tongues of men or of angels, but do not have love, I am only a resounding gong or a clanging cymbal.”

the way of improvement leads home

Here is a taste of Jennifer Rubin’s recent column at The Washington Post:

The evangelical defense of President Trump has taken on a religious fervor immune to reason. The Post reports:

Although some say the Trump-evangelical alliance harms Christianity, it’s common to hear other conservative Christians say that Trump’s unexpected win — down to the electoral college — shows that God had a more-deliberate-than-usual hand, and has put Trump there for some reason.

Brian Kaylor, a Baptist pastor with a PhD in political communications who has written several books about religion and politics, thinks [White House press secretary Sarah Huckabee] Sanders holds this view of a divine plan and it gives her confidence at the podium.

the way of improvement leads home

Press Secretary Sanders made this statement in an interview with the Christian Broadcasting Network.  Michelle Boorstein has it covered at The Washington Post.  Here is a taste of her piece:

White House press secretary Sarah Sanders told a Christian television station Wednesday that God “wanted Donald Trump to become president” so he could support “a lot of the things that people of faith really care about.”

The early, abbreviated transcript provided by the conservative evangelical station CBN, the Christian Broadcasting Network, didn’t include specifics from Sanders. However, many in a devoted segment of Trump’s base have said they consider any drawbacks of his presidency worth it because the president regularly speaks about their priorities and picked two Supreme Court justices believed to oppose abortion. On Monday, Trump lauded proposed state-level legislation meant to bring more teaching of the Bible in public schools.

“Does it kind of blow your mind…

Praying for the millennials
Blog at WordPress.com.